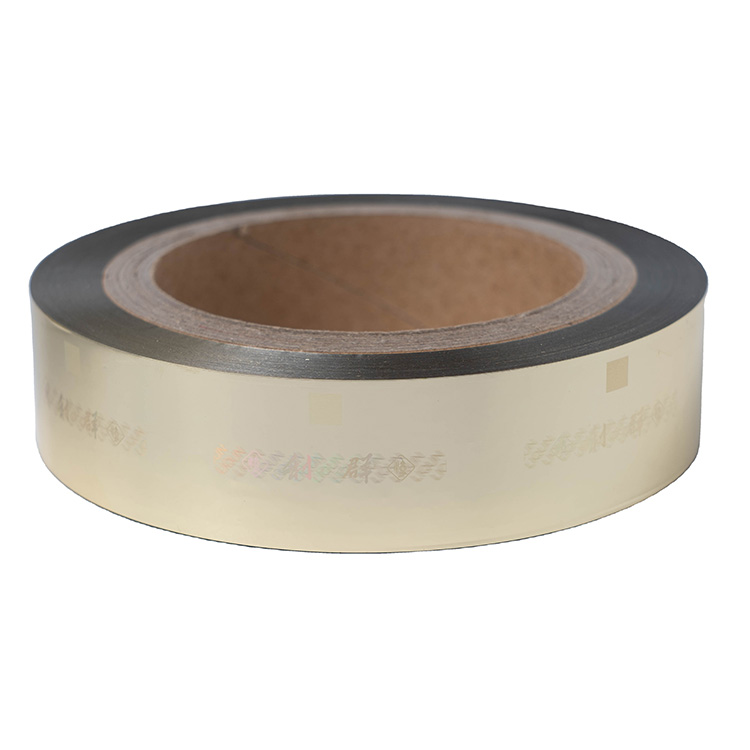 Substrate layer: generally using 16μm thick biaxially stretched polyester film; the main role is to support the coating attached to the top and easy to hot stamping process of continuous action. This means that the base film in the hot stamping process can not be due to temperature deformation, should have a strong, tensile, high-temperature resistance and other properties.

Color layer: the color layer of the main components are film-forming, heat resistance, and transparency of the appropriate synthetic resin and dyes. The main role of the color layer has two: 1, display color. 2, to protect hot stamping on the surface of the articles in the aluminum coating graphics and text are not oxidized.

Aluminum coating: the aluminum coating is the colored layer of the film, placed in a continuous aluminum plating machine in the vacuum chamber, in a certain degree of vacuum, through resistance heating, aluminum wire melting and continuous evaporation to the film of the color layer, the formation of an aluminum coating, the main role is to reflect light, change the color properties of the layer, and make it shiny.

Hot Stamping Foil for License Plate is widely used and popular. If you want to know more, please contact us.